Skip to content
Ep. 1 Standing on the Shoulders of Giants

Standing on the Shoulders of Giants

While every year, I have been aware that March 8 is International Women’s Day (IWD), I was not aware that March is also Women’s History Month to highlight the contributions that women have made in our history.

Wanting to honour IDW and Women’s History Month, I invited my step-daughter, Dr. Emily (Emma) Lind, Director of Training and Development at Anima Leadership to be a guest on my new podcast, called Honest Conversations with the Purple Goddess.

I am delighted to share this 30-minute conversation with you. During our conversation, Emma spoke of, “Standing on the shoulders of giants,” referring to the countless women who have paved the way for so much change in our culture.

I invite you to think about the women in your life or lineage who braved hardships, and how your life is better because of their efforts. Who are the female giants in your life?

On my side, I think of my maternal grandmother who lost her mother at a very young age. She came to Canada at 19, had four daughters, and lived through war and depression without any family nearby. She always had a positive attitude and I felt protected from the tragedies and poverty of her life. My grandmother is one of my giants.

Many years ago Emma gave me a deck of cards called Women Who Dare. Known as knowledge cards this deck draws from the collections of the Library of Congress, and pays tribute to 48 inspiring women who have exhibited the courage and determination to reach beyond the ordinary and expected, often braving seemingly insurmountable sexual and political tyrannies in the process. Working in such varied fields as aerospace, the performing arts, literature, sports, and peace, the women profiled in the deck have had in common the passion and drive, the insight and endurance, to make deep and lasting contributions in their respective fields. Each card contains a photograph and a brief biography of the featured individual.

Over the years, I have made use of this deck – especially when I felt stuck in a situation. I would sit still, hold the cards in my hand, read about one or two of the
women who dared. Pretty soon after reading one of these cards, I found myself inspired to keep going.

In this podcast, Emma and I reflect on the four waves of feminism.

The First Wave of Feminism

The first wave (19th century),is currently portrayed in two popular TV series, Downton Abbey and The Gilded Age. These shows take us back in time when women had no voting or property rights.

The Second Wave of Feminism

The second wave (1960s & 1970s), familiar to many of us in the baby boom generation, is perhaps best captured in the book The Feminine Mystique, by Betty Friedan. During the second wave, women met in consciousness-raising groups and admitted to each other their personal issues. The phrase the personal is political came out of these groups. Women realized their issues were political, like access to birth control and abortion, violence in the home, etc. As a result of making so many issues visible, women organized to create agencies like Planned Parenthood, rape crisis centres, and shelters for battered women.

The Third Wave of Feminism

The third wave (1990-2000) is characterized, in part, by more cultural attention to reproductive rights. During this wave, The Vagina Monologues by Eve Ensler became international feminist performance art, empowering women to be embodied in a way they had not been before.

The Fourth Wave of Feminism

The fourth wave (2012-present), has brought forth more trans awareness and rethinking of citizenship to the forefront.

Where do You Stand?

I encourage you to think about which wave of feminism you relate to. What stands out for you? Tell me about in the comments below – I love to hear from you! 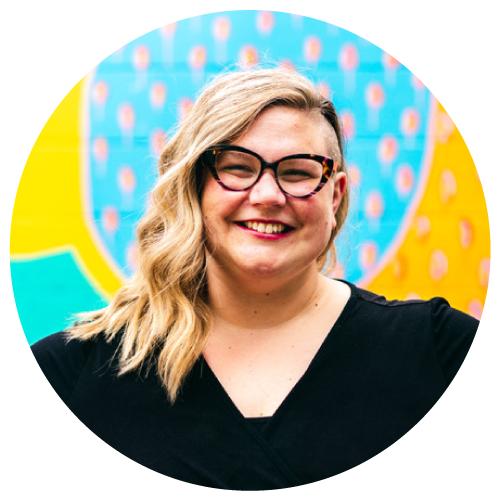 Emma is a scholar-practitioner with a stubborn interest in how identity plays out in our relationships with others, and with ourselves. She’s moved by what we can learn about ourselves and the organizations we build by exploring what goes unsaid, unnoticed, unseen and unaddressed. Emma has spent the better part of the last twenty years teaching and researching whiteness as a way of being and knowing, but it wasn’t until moving into fat activism that she really found the heartbeat in JEDI work. Her PhD (Carleton, 2021) focused on whiteness, settler colonial identity, and urban life, and her current teaching and writing is primarily on weight stigma in health care. She’s a queer white low-femme cis-woman with a secret love for Taylor Swift and exceptionally good espresso. And also, a proud single mom by choice to the most fabulous kid.