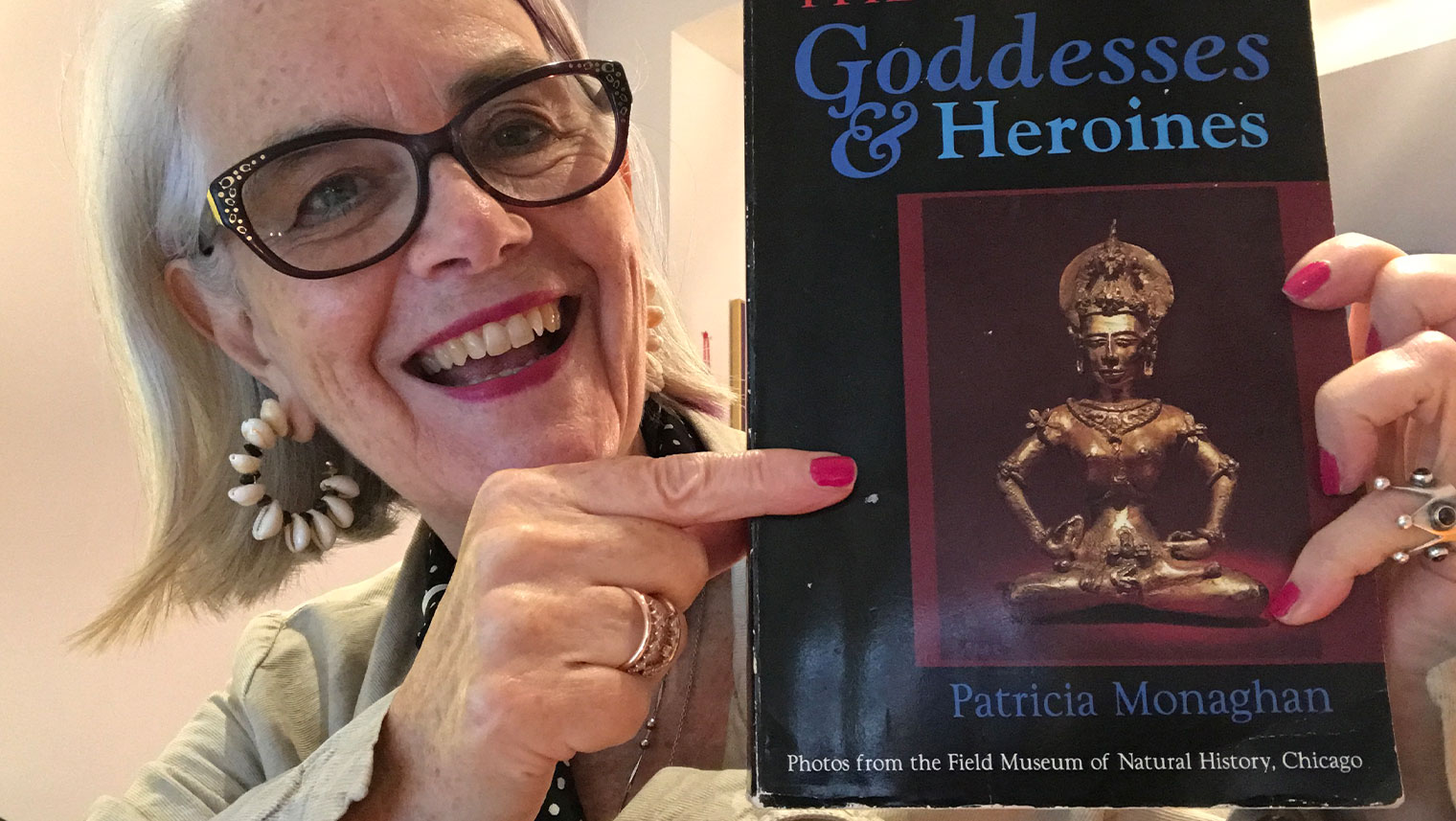 Over the years many people have asked me, “Who is the Goddess?” I am glad when this question is asked because it forces me to think about the best way to respond. I usually say the primary Goddess or the big Goddess, as I like to call her, is the Earth herself. She is sometimes referred to as Gaia. Gaia, the Earth, is our Mother. She gives us water, air, and fire. Without these basic elements, we would not be alive.

Like many people, I grew up with the notion of the three-decker Universe.

Thankfully, we have come a long way in shifting our perception from thinking there is one man up in the sky, to the notion of divinity is here, now, and immanent on Earth.

Why Does the Goddess Matter?

The Goddess matters because all cultures have a history of the divine feminine. For a variety of reasons, the stories of all these Goddesses from around the world have gone underground and therefore their wisdom has been lost.

When I meet someone from a different culture, I often ask if they are familiar with an ancient Goddess from their heritage. I’m always amazed by what I learn. I once asked my cab driver this question. He thought for a moment, then said “Yes, her name is Anahita!” Sitting in the back of the cab as he drove in and out of Toronto traffic, I did a Google search on my iPhone for Anahita, and there she was! Anahita is the Old Persian form of the name of an Iranian Goddess. She was venerated as the divinity of “the waters” and was associated with fertility, healing, and wisdom.

Shortly after I learned about Anahita, I was hired to be a wedding officiant for a Persian wedding. I asked the couple if they were familiar with Anahita. “Oh, yes!” they replied, and they readily agreed I should include her name in one of their blessing prayers.

How Many Goddesses Are There?

One Goddess reference book I like, is The Book of Goddesses and Heroines, by Patricia Monaghan. This book provides an index of the names of Goddesses from around the world, with a brief description of each one. She groups the names under sixteen geographic categories.

How many goddess names do you think are in this book?

Yup, I counted them.
Are you ready?

While I had never heard of many of the Goddesses in this book, I was pleased to see some familiar names, which singled to me I had progressed along the Goddess path very well. Even so, the number of Goddesses from around the world is huge, and most of us have never heard of them

I encourage you to purchase this book or borrow a copy from the library to learn more for yourself!

How Many Goddesses Can You Name?

If you don’t know a single Goddess name, that’s okay. Some of the more common Goddesses are Brigid from Ireland, Isis from Egypt, Demeter from Greece, Pele from Hawaii, Kuan Yin from China, and Tara from Tibet.

As women and men, we have all been impacted by religion that has left the Divine Feminine behind. And guess what? It is time to reclaim her.

How do we Reclaim the Goddess?

One of my favourite cartoons depicts a woman in charge at the Pearly Gates. Three male religious leaders have died, and as they are standing at the gates waiting for an entrance into heaven. They are nervous when they see a woman who will be deciding their fate: “Uh-oh,” they all said upon seeing The Goddess at the gates. 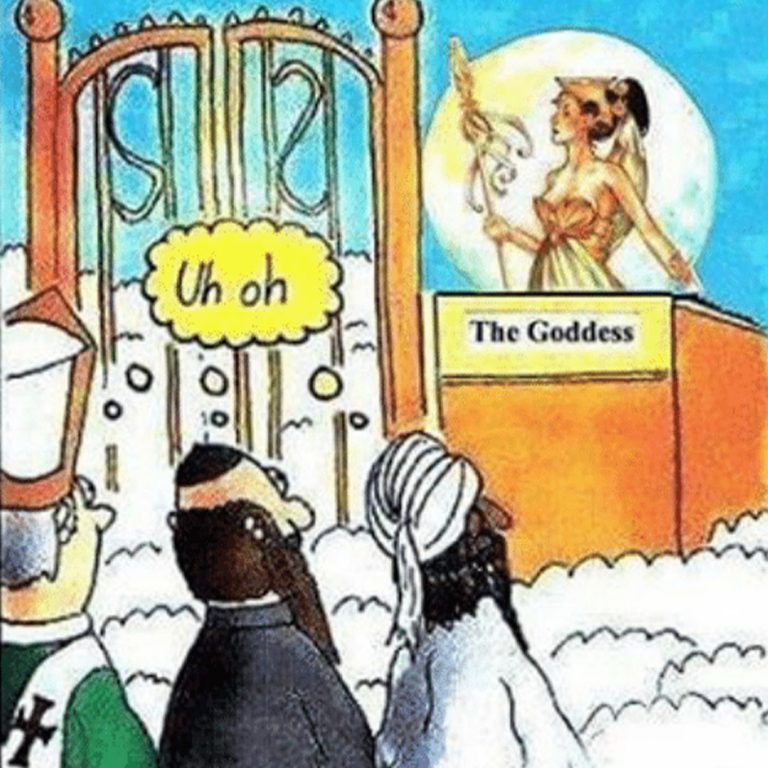 Given our heavily male-dominated religious institutions where we were conditioned to think of God as the Father, it is understandable there is unease when we first use the word Goddess – first with ourselves, and then with our family and friends.

Over the years I’ve gotten stronger in my tone of voice when I say the word, Goddess. In my experience, there is a direct correlation between my confidence in speaking the word and how it is perceived.

This is an excerpt from my upcoming book, Sophia’s Return, A Guide to Creating a Goddess-Inspired Sacred Circle.

Subscribe to my newsletter to receive updates about the Goddess in her many forms and be notified when my book is available for purchase.